So far in the proceeding chapters of this book we have read a lot about Cushites, which are the same as Nubians, Chaldeans and Ethiopians, but their names keep being changed by the authorized sanctioned scholars to confuse us. We see these people play a major role with the four rivers which left the Garden of Eden in Classical Africa. "The word 'Cush' in the Authorized Version, for the most part is translated 'Ethiopia' (See Figure 3.1). This is also the translation in the Vulgate and the Septuagint, and in almost all other versions, ancient and modern. The German translation of Luther was 'Mohrenland', which is equivalent to 'Negro land' or 'the country of the blacks.' Ethiopia lay immediately south of Egypt but with no definite limits."(1) (See Map 3.1)

Almost all translations avoid using the original word Cush and the Land of Cush. They substitute it with the following words: 1) Ethiopia meaning Burnt Face People 2) Mohrenland (Land of the Moors ) equivalent to Negro Land, 3) Land of Nimrod, 4) Land of the Chaldeans and 5) Country of The Blacks. 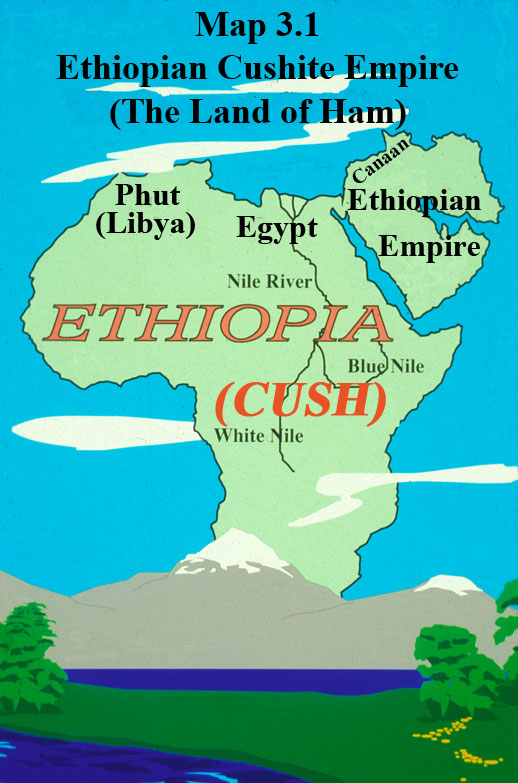 "We must point out, however, that the term 'Ethiopians' is used throughout classical literature generally to refer to Black people who inhabited Africa south of Egypt (See Map 3.1). Occasionally the expression is used to specify African people like the Nubians or the Cushites."(2)